Pioneer of copyleft, guru of free software, author of the GPL, suspicious of the hairbrush, it’s… Richard Stallman! 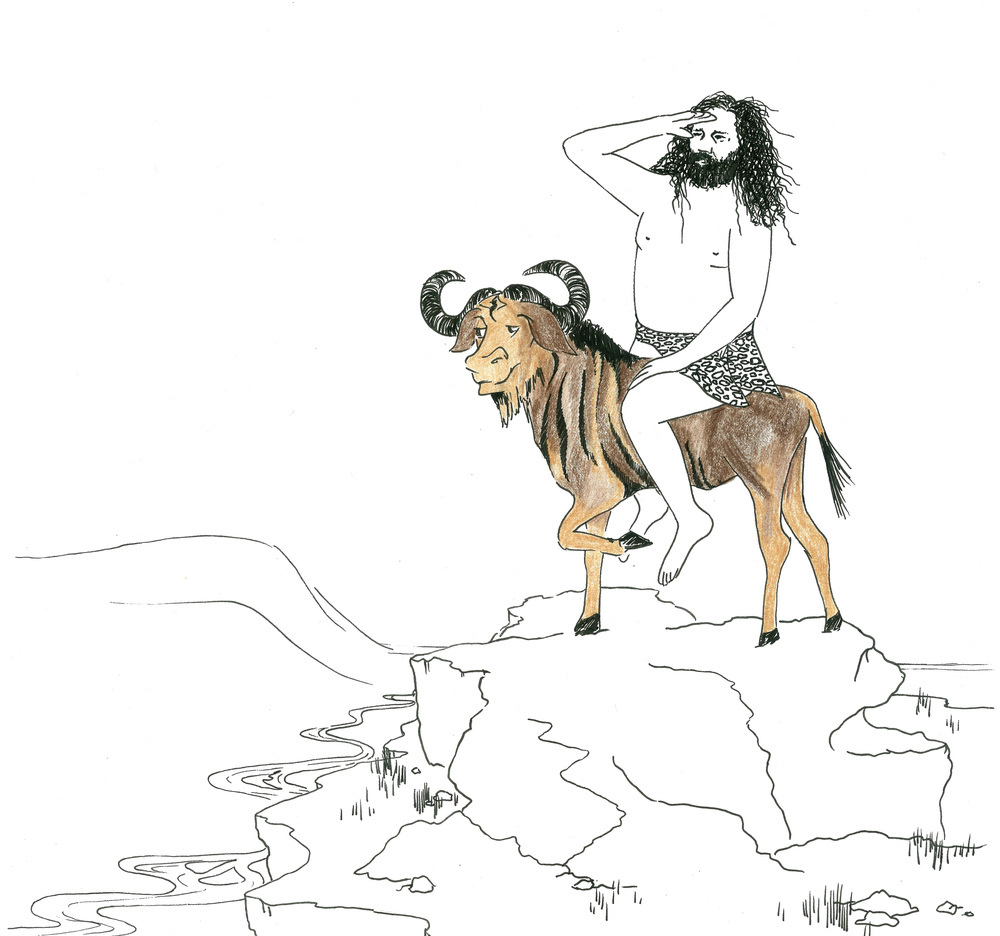 Here’s the next Hero of the * Free Software 2013 Calendar (Swimsuit Edition). Richard Stallman and his trusty GNU, once again drawn by Judith Carnaby. (The order of each Hero is based only on the order in which they were drawn, and not in order of merit)

*Richard Stallman and I would both like to make it very clear that he is NOT an open source hero. Richard Stallman is not associated with, and does not endorse the project Year of Open Source, due to its use of the phrase Open Source. See “How Open Source misses the point“. He is a FREE SOFTWARE hero (it’s important).

Thanks so much to all those who have contributed so far!

And a special merci beaucoup to Alex from framablog who wrote an article AND translated my press release into french. Thanks to OS Hardware engineer, educator and maker of awesome shit, Jeremy Blum (see him in action here) who posted about Year of Open Source on his website. I even got a call from Loek Essers in Amsterdam, who wrote this article about the project.

We’re doing well but plenty more support is still needed, we’re creeping closer to the IndieGoGo front page with every link, comment, and visitor popping by, so please continue to spread the word on twitter, facebook and blogs!

I’m doing a wee bit of open source construction on the weekend, so if I don’t drill through any major arteries there’ll be a video update early next week. Have a great weekend everyone!